Elevator pitch: Bring enough light to simulate daylight into your home and office.

This idea has been shared in Less Wrong circles for a couple years. Yudkowsky wrote Inadequate Equilibria in 2017 where he and his wife invented the idea, and Raemon wrote a playbook in 2018 for how to do it yourself. Now I and at least two other friends are trying to build something similar, and I suspect there’s a bigger-than-it-looks market opportunity here because it’s one of those things that a lot of people would probably want, if they knew it existed and could experience it. And it’s only recently become cheap enough to execute well. 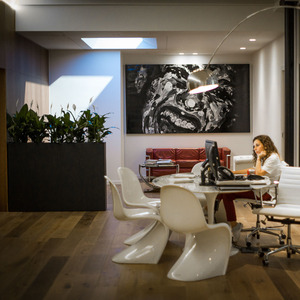 Coelux makes a high-end artificial skylight which certainly looks awesome, but it costs upwards of $30k and also takes a lot of headroom in the ceiling. Can we do better for cheaper?

First let’s clear up some definitions:

Side note: This scale surprises me greatly! We usefully make use of vision with four or more orders of magnitude differences in lux within a single day. Our human vision hardware is doing a lot of work to make the world look reasonable within these vast differences of amount of light. Regardless, this post is about getting a lot of lux. I hypothesize that lux is associated with both happiness and productivity, and during the “dark season” when we don’t get as much lux from the sun, I’m looking to get some from artificial lights.

If you put a single 1000-lumen (66-watt-equivalent) omnidirectional bulb in the center of a spherical room of 2m radius (which approximates a 12’ square bedroom), the lux at the radius of the sphere is 50. So now we can get a sense of the scope of the problem. When doctors say you should be getting 10,000 lux for 30 minutes a day, the defaults for home lighting are two orders of magnitude off. 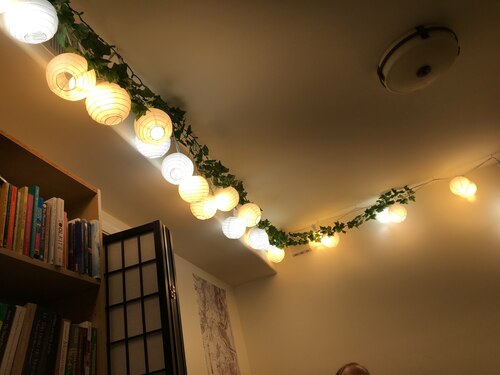 Other important factors besides brightness

Color temperature seems important to well-being. Color temperature is measured in kelvins with reference to black-body radiation, but you can think of it as, on the spectrum from “warm white” to “cool white”, what do you prefer? Raemon’s plan uses an even split between 2700K and 5000K bulbs. 2700K is quite yellow-y, 5000 is nearly pure white. In my experimentation I discovered that I liked closer to 5000 in the mornings and closer to 2700 in evenings.

And what about light distribution? Large “panels” of bright light would seem the closest to daylight in form-factor. Real windows are brighter near the top, and it is considered dramatic and unnatural to have bright lighting coming from the ground. Also, single bright point sources are painful to look at and can seem harsh. I think there’s a lot of flexibility here, but I think my personal ideal light would be a large, window-sized panel of light mounted on the ceiling or high on the wall.

Also, color accuracy: LEDs are notoriously narrow spectrum by default; manufacturers have to do work to make their LEDs look more like incandescent bulbs in how they light up objects of different colors. Check for a measure called Color Rendering Index, or CRI, in product descriptions. 100 is considered perfect color rendering, and anything less than 80 looks increasingly awful as you go down. The difference between CRI 80 and 90 is definitely noticeable to some people. I haven’t blind tested myself, and definitely might be imagining it, but I feel like there was some kind of noticeable upgrade of the “coziness” or “warmth” in my room when upgrading from CRI 80 to CRI 95 bulbs.

Dimmability? (Are you kidding? We want brightness, not dimness!) Okay, fine, if you insist. Most high-end LED bulbs seem dimmable today, so I hope this is not an onerous requirement.

Last thing I can think of is flicker. I have only seen flicker as a major problem with really low-end bulbs, but I can easily see and be annoyed by 60hz flicker out of the corner of my eye. Cheap Christmas LED light strings have super bad flicker, but it seems like manufacturers of nicer LEDs today have caught on, because I haven’t had any flicker problems with LED bulbs in years. 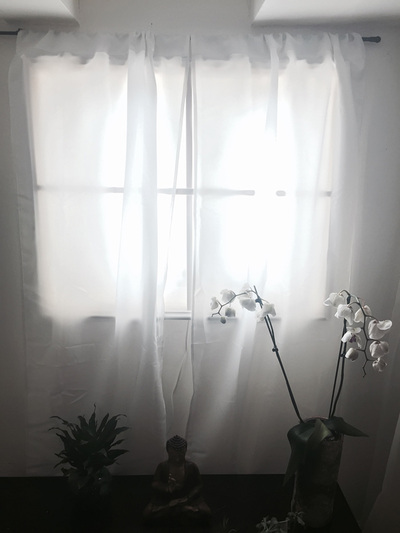 Okay, so to summarize: I want an all-in-one “light panel” that produces at least 20000 lumens and can be mounted to a wall or ceiling, with no noticeable flicker, good CRI, and adjustable (perhaps automatically adjusting) color temperature throughout the day.

A redditor made a fake window for their basement (see it to the right) which is quite impressive for under $200. This is definitely along the axis I am imagining.

I haven’t mentioned operating cost. Full-spectrum LEDs seem to output about 75 lumens per watt, so if our panel is 20k lumens then we should expect our panel to draw 266 watts. This seems reasonable to me. If you leave it on 8 hours a day, you’re going to use 25 cents per day in electricity (at $.12 per kWh).

What do you think people will pay for the product? I have already put 6+ hours into researching this idea; I would probably pay at least $400 to get that time back, if the result satisfied all my requirements; I expect to put in quite a bit more time, so I think I could probably be convinced to pay north of $1000 for a really good product. Hard to say what others would pay, but I wouldn’t be surprised if you could build a good product in the $400-1200 range that would be quite popular. 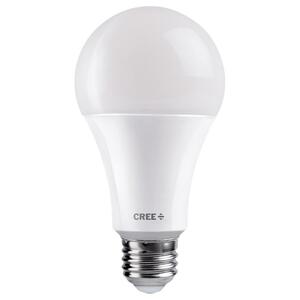 What about costs? Today, Home Depot sells Cree 90-CRI, 815-lumen bulbs on their website for $1.93 per bulb for a cost of $2.37 per 1000 lumens. This is the cheapest I’ve seen high quality bulbs. (The higher lumen bulbs are annoyingly quite a bit more expensive). To get 36k lumens at this price costs under $100 retail. Presumably there are cooling considerations when packing LEDs close together but those seem solvable if you’re doing the “panel” form factor. There are other costs I’m sure, but it seems like the LEDs and driver are likely to dominate most of the costs. These are dimmable but not color temperature adjustable. 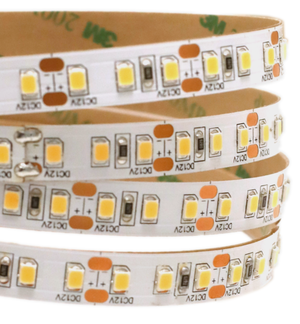 Kickstarter is the obvious idea for getting this idea out there. I would also recommend starting a subreddit (if it doesn’t exist; I haven’t checked yet) for do-it-yourselfers who want to build or buy really bright lighting systems for their homes, as I think there is probably enough sustained interest in such a topic for it to exist.

You can also try to get press. The idea of “indoor light as bright as daylight” is probably somewhat viral so I’d hope you can get people to write about you. Coelux got a bunch of press a few years ago doing this exact thing, but their product is so expensive that they don’t even list their price on their website, but in articles about Coelux you can see people commenting that they wish they could afford one.

I do think the idea needs to be spread more. Most people don’t know this is possible, so there’s a lot of work you’ll be doing to just explain that such a thing is possible and healthy.

I don’t think there’s any relevant competition out there today. Coelux is super high end. The competition is do-it-yourselfers, but this market is far bigger than the number of people who are excited to do-it-themself. 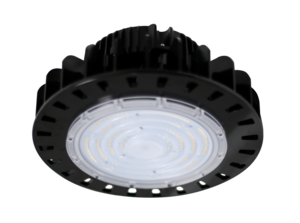 Some have mentioned “high bay” lights, which are designed to be mounted high in warehouses and such, and throw a light cone a long distance to the floor. I am excited to try this and I will probably try it next, but I am not super optimistic about it because I expect it to be quite harsh. This is the one that Yuji sells, but you can find cheaper and presumably lower-quality ones on Amazon.

Grow lights exist for growing plants indoors. But they are optimized for plant health, not human health; I think their CRI is probably not good and I expect them to emit a lot of ultraviolet by default as well.

Part of my motivation for writing this blog post is to source ideas for other things that exist that could fill this niche. So please, email me (lincoln, techhouse dot org) or post a comment on HN or LW if you have solved this problem in a way I haven’t described! I’ll update this post with ideas. If you start this company, also email me and I’ll buy one and try your product and probably write about it :)

If you put a bunch of research into designing a really great product and it succeeds but gets effectively copied by low-cost clones, you’ll be sad. I am not sure how to defend this, and I think it is probably the weakest point of this business model; but it is a weakness that many hardware companies share, and a lot of them still carve out a niche. One idea would be to build up your product’s branding and reputation, by explaining why low-cost clones suck in various ways. Another is just to give really good service. Lastly, if you avoid manufacturing things in China, maybe Chinese clone companies won’t copy your technology as quickly.